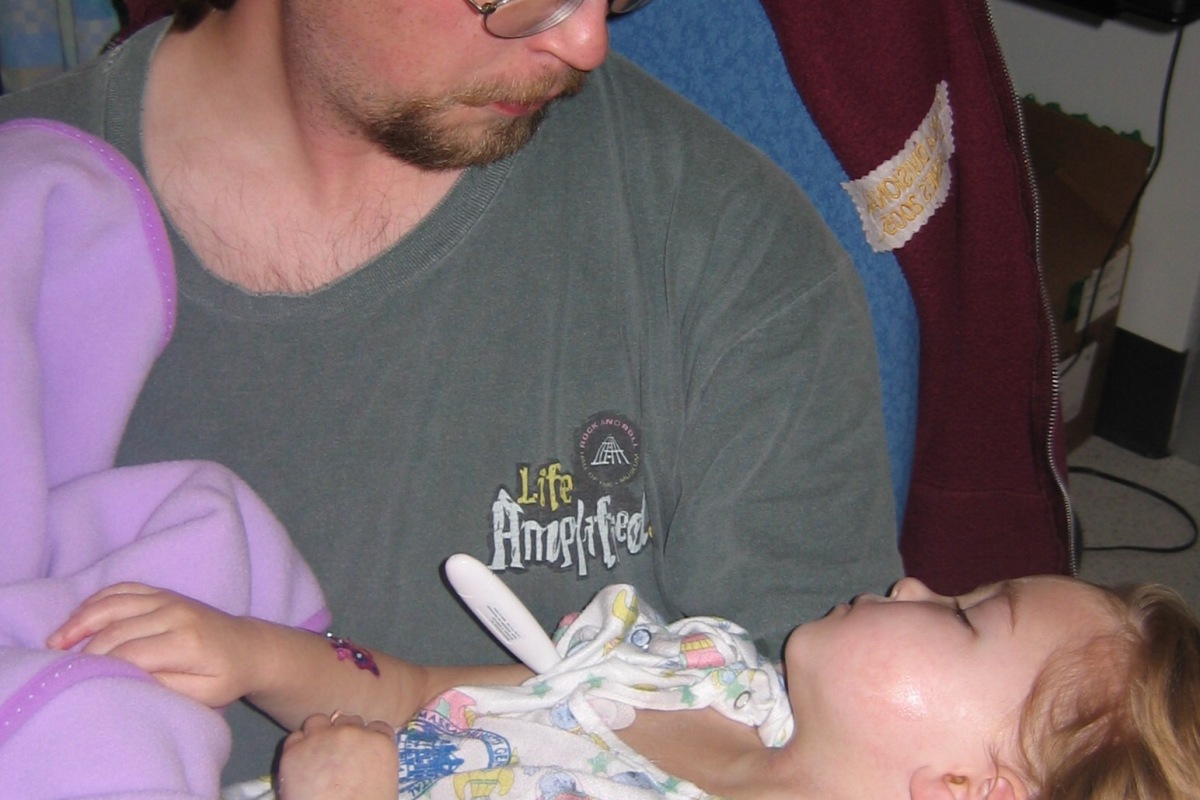 As a mom of a chronically ill kid, there are things that get thrown at me all the time with doctors, nurses, school nurses, pharmacies, insurance companies, etc.  My daughter takes a nice cocktail of daily medicines, along with blood sugar checks and other concerns due to her immuno-suppression.  Yesterday alone, I had two calls from the school nurse, two from the specialist’s office about prescriptions and appointments, another to confirm an ultrasound, and one visit to the primary care physician, for (of all things)  a sprained knee.  There are no breaks with this child. It’s a lot, and it can wear on you.  However, I have grown as a person and a parent since Wendy was originally diagnosed, and sometimes when I’m feeling a tad overwhelmed,  it’s helpful to visit my most helpless moment to see where I am today, how far I’ve come, how far we’ve all come.

It was one of the first weeks that we were in the PICU of Massachusetts General Hospital.  We had been transferred first from our local hospital to Dartmouth, and then transferred again to Mass General.  Wendy was three and a half, and normally active to the point of hyperactivity. She was always running, always joking, always testing the limits of EVERYTHING including my sanity.  Then her illness came and she was in terrible pain, she was dehydrated, her kidneys had shut down along with other organ failures. She was in really bad shape.

Doctors came in and out, whole teams of them, explaining to us what was going on, what was happening, what they were trying, how long we would be there.  It was terrifying and isolating and we had to learn a whole new vocabulary over night.  I would stand at rounds and take notes, of the doctors, their names, their specialties, what they were saying, what I didn’t understand, and then after they left, I would sit down and google the terms and try and piece together what the hell was going on.

Wendy was largely unconscious, and had tubes in and out of her with medicines and different solutions.  I had a flurry of emotions:  fear, isolation, uncertainty,  but the  number one thing I felt was helpless.

As a parent, I was used to calling the shots for everything (with my husband of course.) What Wendy ate, what she wore, making sure she brushed her teeth, making sure she had the proper  number of minutes for her time out.  Worrying whether she’d make her milestones, if she was eating enough vegetables, you know the drill.  Too many decisions that we as parents make ourselves crazy over, wishing there were a no-fail guide book to read and learn from.

Likewise, every parent has felt helpless at some point.  We all have to let our kids experience life on their own terms, and that means getting hurt.  How many of us felt helpless when their kid rode with out training wheels for the first time?  Sang solo in a musical production?  Had to get vaccinations?  Had a badly scraped knee?  We are helpless because we just have to let the  moment happen, but hopeful that it will go as well as it can go.  That’s parenthood:  responsibility, helplessness, hopefulness, angst and joy.

Early on in Wendy’s illness was when I was the most helpless because I went from being the Primary Parent In Charge, to just sitting there while other people tried to save her life.  I couldn’t do much more than answer questions, sign consent forms, try to make sense of it all, and hold her tiny hand.    At some point, one of the nurses took pity on us and decided that we should hold Wendy, that it would be good for all of us if we could do this one, simple, thing.  But it’s not simple with all the tubes and wires, all the timing, all the schedules.

It took the nurse the better part of an afternoon to plan when to unhook, when to drain, when to unplug certain wires and tubes.  Between rounds of dialysis, before labs.  Slowly things were capped off and Wendy was ready to be held.  They sat me in a chair and brought her the two feet she needed to travel from the hospital bed to my lap.

Here is where the most helpless part kicks in.  When they put Wendy in my arms, I was holding her with both of my arms supporting her from beneath.  And I couldn’t help it, I started crying, out of the pain that she was suffering and the joy of holding her again, and the uncertainty of our future.  The tears just ran down my face.  But I couldn’t wipe them.  They rolled down my face and splashed onto Wendy, and my arms were pinned beneath her.  I couldn’t wipe my own tears and other people had to wipe them for me so they wouldn’t fall on my impossibly sick child and I couldn’t do anything about it.

That was my most  helpless moment.

And we will again.

(A Note about Picture:  This is Michael holding Wendy, same day as described above.  A picture of me wasn’t taken.  It turns out it had been three weeks of being in the hospital.)