When you forgive, you in no way change the past – but you sure do change the future. ~Bernard Meltzer

I was recently at a gathering of parents who had chronically ill kids.  I was surprised to see that so many of them had not emotionally moved beyond the original diagnoses of their children.  In other words, they are still living in their worst day.  Many of them were depressed, anxious, and overwhelmed.  It struck me because I recognized the feelings that they were talking about, but I didn’t share them.  Rather, I didn’t carry them with me anymore.

The first thing I realized is that the other parents that I’m speaking of still carried a lot of anger and resentment, which I totally get.  Your kid is sick and there’s not much that can be changed.  You have to learn a whole new medical language, interact with strangers who are now telling you how to take care of  your child, and let’s not forget the most important part: your child is sick, possibly in pain, definitely scared.

I remember when Wendy was in the PICU and was super sick.  She was unconscious, and there wasn’t much I could do except just be there.  My family had gathered, both my parents and Michael’s dad, and we  took turns at the bedside, waiting for information from the teams of doctors that would come in and give us updates.   Michael had brought a legal pad, so we would write down the doctors’ names, their specialty, what they said, and what next steps were.  We listened in on rounds two times a day.  We waited and we worried and we tried to be kind to one another.  But five people in a room with a hospital bed was just too many, and so we had to take shifts.

So I would walk around the hospital, the inside and then the outside.  I would walk up and down the streets.  I would sit in the grass in front of the Bullfinch Building, where the first surgery was performed with anesthesia, giving the golden dome the name the “Ether Dome”.  I would walk over to the Charles River and watch the Duck Boats.

One of the places I went every day was the chapel at the hospital.  It’s this gorgeous little chapel, with back-lit stained glass, an altar, a series of chairs and a few kneelers.  I’m not an especially religious person; I believe that there are multiple paths to enlightenment and I believe in the power of prayer.

So every day I would go to pray. 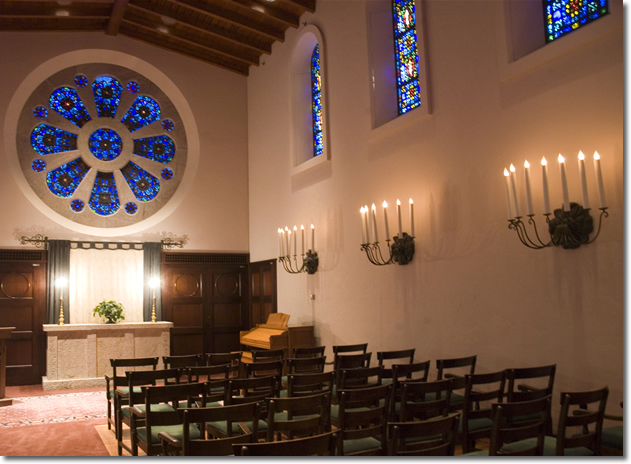 At some point, I realized that I didn’t have the emotional space to deal with the horror that was happening.  And as I sat there praying, I thought about what I needed to do to create the emotional space needed.  The answer came to me:  I needed to start forgiving people from long ago hurts.  Imagine, I thought, if it’s that easy.  So I started, I forgave middle school slights, I forgave high school fights.  I forgave boyfriends who cheated, and the girls they cheated with.  I forgave family members and misunderstandings.  I forgave friends and the arguments we had in parking lots.  I spent many days, a few minutes at a time, forgiving all of the hurts I was carrying around,  all this time, for no good reason.

I know it sounds crazy, but it worked.  I could feel myself lightening, with each little  hurt forgiven.  It didn’t fix everything, but it gave me room in my emotional space to start to deal with the situation around me.

I came to do a lot of reading on forgiveness, and it turns out that all of the major religions of the world use self-reflection and forgiveness as cornerstones of their daily practice.

Think about all the minor hurts we all hold inside of us, and imagine if we could slowly let them go? How much greater would we all feel?  This may sound cliche, but forgiving is easier to do the more you do it.  I’ve written about When People Say Stupid Things in the past and I’ve said that the first thing I do is forgive them, because their motives were good, but their delivery was flawed.  I am not certain if I could have done that in the beginning of my journey with Wendy’s illness.

Perhaps the hardest person to forgive is yourself and will take more time than just a sentence.  I’ve realized that a lot of other parents carry tremendous guilt with them about their child’s illness, even when the illness was inevitable.  They feel guilty that they didn’t see the symptoms soon enough. Or they worry that they did something while pregnant that caused the illness.  Or that they could have done something different.  When they tell their child’s story, you can feel the guilt like a sharp knife piercing them, so fresh even after many years.

To these parents I say:  You did the best with what you knew at the time.  We all can’t know everything.  Stop beating yourself up about it.  Forgive yourself and release that hurt.

It’s the first path to healing.