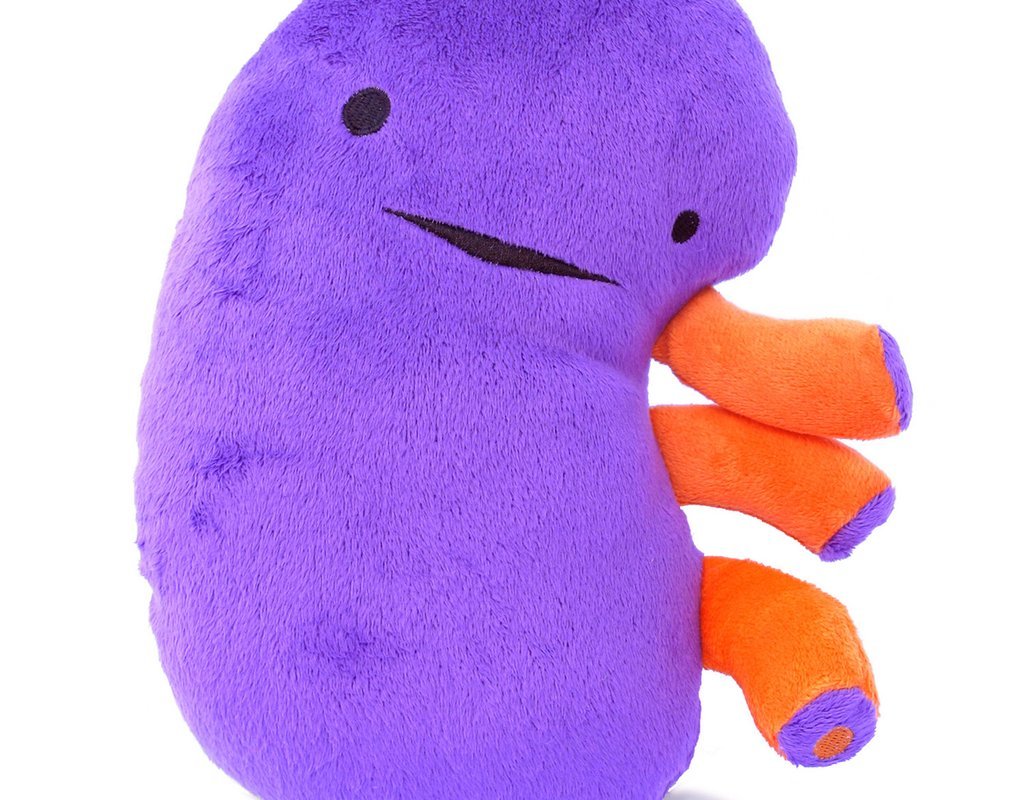 Who is Frank, you may ask?

Frank is the name Wendy has given to her Kidney.

I don’t know why.  She’s always known that her kidney came from a boy, she’s often called it her “boy kidney”.  But for some reason, this year (after having the kidney for eight years), she decided to name it.

Frank.  (He’s pictured above in his stuffed animal plush form.)

Wendy will be celebrating World Kidney Day this year by living her normal, average day.  She’ll have school, come home, probably walk to the library, set the table, have dinner, and maybe go to the gym.  I remember when she was so super sick and hoping that someday we would have a normal life.  Well, here it is.

Some would argue that it’s not really normal.

In the past week, Wendy has had four appointments at the hospital.  Two were with doctors, one with her endocrine nurse, and one kidney ultrasound.  She handled them all like a pro, like someone who has been doing this for many, many years.  Because, she has.  In fact, both doctors commented on the fact that it has almost been TEN YEARS since Wendy originally got sick with e-coli.  They just couldn’t believe it.  A decade of Wendy.

This weekend she will be swimming in her swim meet championships.  Next weekend she will be running a 4.4 mile run for her diabetes camp.  In between she will play indoor soccer.  She’s raising money to go to the World Transplant Games in Spain in June.  This kid just keeps moving and we do all that we can to support her, along with her doctors and our family and friends.

Sometimes I feel like the luckiest person in the world.  March 9th is one of those days thanks to Wendy’s donor and all the people who love and support her, and us, by extension.

Happy World Kidney Day!  From Frank!  From Wendy!  And from the rest of us!

PS:  March 9th is a GREAT DAY to sign up to be an organ donor if you haven’t already.  Go to Donate Life America and register today!

One thought on “Happy World Kidney Day From Frank”