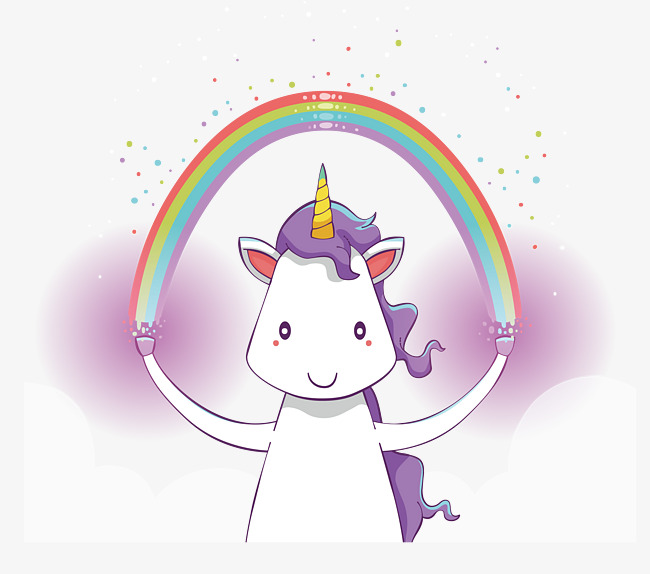 My cell phone rang one hot August evening, it was a friend from college.  He and I often text, but hardly ever speak on the phone. I could tell almost immediately that something was wrong.  It didn’t take him long to get to the point.

“Charlotte has been diagnosed with Type 1 Diabetes,” he said, and then “I thought maybe we should talk to you about it.”

We have been friends for twenty years.   He and Michael never lived more than two doors away from each other the entire four years of college.  One summer, the four of us all lived in the same apartment, working random landscaping jobs for extra money.  We had shared laughs and beers, practical jokes and serious moments, accidents and deaths and then marriages and births.  When Wendy was in the hospital, Charlotte’s mom was pregnant with her and she never came, but Charlotte’s dad came and mustered other friends to help.  He brought books and jokes.  He sometimes just sat with us when it was all too terrible for words.  That was ten years ago.

We are still present in each other’s lives.  Michael and Charlotte’s dad go out for an occasional beer after work.  Our kids just recently were in a film together to promote the National Park Service.  When I was approached about looking for kids who would be willing to tromp around Minute Man National Park with tri-corner hats and wooden muskets, I could not think of a more perfect family to share this adventure with.  The kids learned about the Revolutionary War, and the adults got two whole days to sit around together.

Once a year, all of the adults (including other college friends) go out for a giant fondue dinner, three courses, lots of wine, more jokes and more laughter.  This year, due to unforeseen circumstances, I had to cancel at the last minute, and these friends made a “Pocket Darcy”:  a picture of me pasted on a Popsicle stick, to be a part of all of the pictures so I would still feel loved and a part of the night, even though I was reading 300 names at a college commencement that had been rescheduled.

When Charlotte was diagnosed, her parents had an idea that something was wrong, she wasn’t acting like herself on their summer vacation.  But she was diagnosed just a few days before school was about to begin, and so they were thrown into a whole new world of counting carbs, and blood sugar checks and two am wake ups to check it again.  They had to trust the nurse with something they had only just began to tackle themselves.  They were nervous.  They called a few times, and we tried to be supportive.  Michael strictly instructed me to be a good listener, not to give out too much advice.  When I told Charlotte’s dad this he responded, “No, I don’t care how much advice you give, I just want to hear your voice and tell me it’s going to be ok.”  So that’s what I told him.

And it was the truth.  Sort of.

The truth is that when your daughter gets diagnosed with diabetes, your world changes. There’s a lot more structure built into every day, . There are a lot more plans that need to be made about birthday parties and sleep-overs.  There is more worry, there’s no way to sugar coat that.  It’s manageable, but it’s lots of worry.

Charlotte’s mom would occasionally email me for advice, and at some point she asked if Charlotte and Wendy could get together, and I suggested Wacky Weekend at The Clara Barton Center for Diabetic Girls.  I’ve written about the camp before, it’s Wendy’s favorite place, and I thought that Charlotte would love to try it out for a weekend, with just some time alone with Wendy. Oh, and with dozens of other kids who have diabetes too.

Charlotte was SUPER EXCITED ABOUT IT!!!!

Her mom and dad were nervous.  She was only ten; she had never been to sleepaway camp before.  They asked me if I would be the emergency contact for the forms.  Then we decided that maybe Charlotte’s parents should just spend the weekend with us.  Their younger child and our daughter Penny could soak up all of our attention, while Wendy and Charlotte enjoyed camp.

All of these worries, while understandable, turned out to be unfounded.

Sunday afternoon, when we all arrived at camp to pick up the girls, Charlotte came running up to her camp, hugged them both, told them how much she loved the whole place, and gave them a tour.  She told them she really wanted to go there for the summer camp program.  She read them her journal that she wrote a few times a day about all the fun she was having, even though she missed her parents.

They cried.  Out of joy and relief.

And I had to walk outside and dry a few tears of my own. Who would have thought that this would be something that we shared too.  Our daughters with the same condition, going to the same camp, twenty years later.

I walked to the fire pit in the center of the camp, where bricks have names and inscriptions written in them along the walkway and around the ring of stones.  Written among the bricks is a poem by Shel Silverstein:

This bridge will only take you halfway there

To those mysterious lands you long to see;

So come and walk awhile with me and share

But this bridge will only take you halfway there–

The last few steps you’ll have to take alone.

Our girls would have a whole history without their parents, but with each other, at camp.  They wouldn’t be alone.   They would always have someone who understood what they were going through.

So would their parents.

There was something sweet in knowing that.

This is the week we begin to pack for sleepaway camp.

Let me tell you, when we first started doing this whole sleepaway camp thing, I was terrified.  First of all, I had never been to sleepaway camp.  My family and I lived at the Jersey Shore, and both of my parents were teachers with the summers off.  So neither of them ever felt the need to send me away, nor did they have the money to do so.

After Wendy had been diagnosed with type 1 diabetes, I did a lot of reading about how to be a supportive parent, and one of the suggestions was to send your child away to a diabetes camp.   As luck would have it, the one camp the book mentioned was in New England, called the Barton Center for Diabetic Girls.  We decided to give it a try.

The Barton Center is a unique place.  It is named after Clara Barton, because her birthplace is on the site of the camp.  You may remember that she was the founder of the American Red Cross.  It’s a camp exclusively for diabetic girls, ages 6-16.  Wendy naturally wanted to go as soon as she was old enough at 6 years old.  At the time, she had been a diabetic for roughly three years and had her kidney transplant about a year prior.

As you can imagine, I was super nervous.  We had never had the opportunity to be away from Wendy since her illness because there were a lot of medications to be taken, as well as monitor her insulin needs.  One of the features of the camp, though, is that there is a doctor on site and a nurse in every cabin, to administer medication both by mouth and with injections.  Knowing that Wendy was going to have that kind of monitoring made me feel a little better.

She was going to go away for the “short program”, which was only five nights.  It’s meant to ease girls into camp without too much worry about homesickness.  Five nights felt like an eternity to me.  What in the world was I going to do with myself?

Packing for camp is its own sub-special category.  Finding clothes for five days that you don’t care what condition they return in, ripped or stained, or better yet, lost.  Sandals, shower shoes, sneakers, a caddy for toiletries, sunblock and bug spray to round out the list.  Oh, and a flashlight, and extra batteries.  All of these things dutifully labelled so that the chances are better that you might get them back.  Ha.

We drove Wendy the four hours from our house in Vermont to camp.  She was excited and nervous.  I was nervous.  We got to camp and had to wait in line to see the nurse.  I had all of Wendy’s medications, i had filled out all of her paperwork, I had signed all the releases.  We had a cold pack for the liquids, a ziploc bag for the pills.  It took twenty minutes to go through everything, and while I did, Michael took Wendy to her bunk to make her bed and place her Teddy.

The time had come, time for us to leave.  Leave my little girl that had gone through so much, that I woke up every morning at 2 am to check her blood sugar, that I had spent every day fixing her meals, counting her carbs, giving her the right medications before and after her meals.  I was handing her off to smiling teenagers and a nurse.  I thought I might just die on the way home.  Wendy was very brave, she said her goodbyes, and went in the cabin, but before we got a few steps, she ran out and gave another hug and another kiss just to be sure.  She had tears in her eyes.  i had tears in my eyes.  Michael did too.

Ok, now it’s time to tell you the first thing we did when we got home.  Michael and I ate ice cream sundaes for dinner.  Mint chocolate chip ice cream, m-n-ms, hot fudge, whipped cream, and a cherry.  Something we could never do with a diabetic daughter.  We also went away for a night to the North Shore of Massachusetts.  We walked around Salem, famous for its witch trials, and popped into book shops and candy shops and read when we wanted to, ate when we wanted to, relaxed with no schedule of medicines or insulin.  We re-set, we relaxed, we re-energized.  Five days later, we were ready to get her.

I was so excited to go get Wendy from Campj I didn’t sleep the night before.  I had missed her, and I was ready to see her.  When we arrived, she was weeping, WEEPING, huge tears coming down her face, and I thought, “Oh My God, what have we done?”  We had made a mistake, she was too young, we should have waited.

She was weeping because she didn’t want to leave.

Finally she had found a place where she didn’t have to explain blood sugars and insulin, or be different.  Everyone was like her.  Everyone checked at the same time, everyone got insulin at the same time, everyone knew the deal.  Wendy was one of many, even if she was the youngest one.  And they laugh, and sing, and make crafts, and play silly games, and go horseback riding, and have “hands free dinner” and are just kids without explanations. She had never been so happy since her illness began.  She begged us to let us stay longer, but it wasn’t possible that year.  The next year she went for two weeks, and has continued to do so for the many years after.

If I were to ask her where her favorite place on earth is, she would say camp.

(And Michael and I still have hot fudge sundaes for dinner on the first night she’s away.)