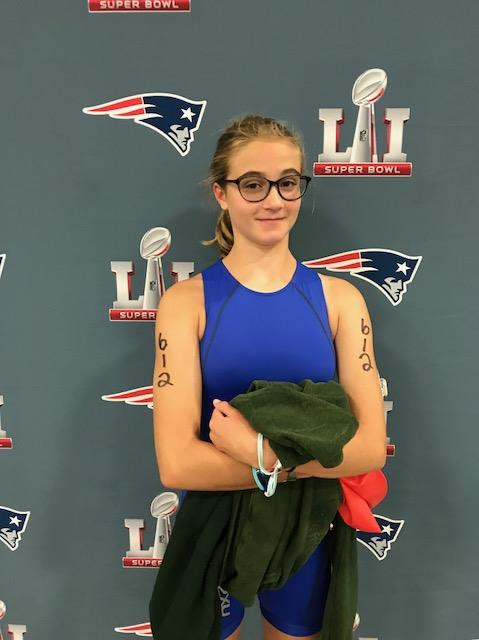 I’ve been thinking a lot about sportsmanship lately.  We  witnessed great teamwork and sportsmanship at the World Transplant Games in Malaga, Spain.  As I said in my previous post, I’m just so pleased that Wendy, and the rest of us for that matter, get to participate in these events.

The thing about the Transplant Games, is that every participant has a second chance at life, and so they are taking it.  That doesn’t mean that they are going to win their sport.  The games are competitive, but the point is that they’ve already won just by being there.  They are present because someone donated an organ and saved their life.  So, it really is a celebration of life, more than anything.  The competition is secondary, but let’s face it, it’s the reason we are all there; we can’t just sit around and think about how lucky we are all the time, we have to do something with it.

Wendy was asked at the World Transplant Games if she would fill in for a woman from Team USA for a swim relay.  Wendy was happy to do it.  But on the day of the relay, the woman decided that she was going to do the relay anyway.  You see, she was a double lung transplant recipient, as was her twin sister. They both had cystic fibrosis and both had double lung transplants in their twenties.  Her twin sister had died a few years ago.  This woman knew that this was likely going to be her last World Transplant Games, and even though she wasn’t feeling so hot, she wanted to do the relay.  Wendy will likely have many more World Transplant Games ahead of her, but for this woman, the experience was finite and she said as much.  Her mother and husband were there to cheer her on, and she wanted to complete what she had set out to do.  She swam and did well.    We cheered them on.  They didn’t win the medal.

It’s hard and yet an honor to bear witness to these moments, and to listen to these athletes acknowledge and give voice to their very real mortality.  It makes the athletic achievement more memorable knowing all those people have triumphed over their illnesses just to be there, knowing that they might not be back.  It’s humbling to know that your kid is in that boat as well.

It also allows you to see the big picture, and for your kids to see it too.

A few weeks later, Wendy was in a normal, healthy, kids triathlon.  She came in third for her age group, a fantastic feat.  But when it came time to announce the winners, Wendy’s name wasn’t called, and a girl who had a slower time was announced in her place.  Wendy looked at me, and so I went to the officials to ask what had happened.  It turned out that because of her transplant, she was in a different category in the computer, a category of one.  There was a mistake, but that other thirteen year old girl had already been given her trophy and was on her way home.

Wendy did not shed a single tear, did not display anger or frustration.

The organizers of the triathlon were apologetic, and wanted to announce her name anyway, announce that she was a kidney transplant patient and that she still came in third.  Wendy wasn’t interested in any of that.  She didn’t care that her name wasn’t called, she didn’t want it announced about her kidney.  She quietly shook the hands of the organizers and celebrities behind the grandstand, thanked them, and wrote down her address so they could send her a trophy.  That was it.

I was just as proud of her for that moment as I was during the World Transplant Games, when she won the gold medal for the 100 meter dash and broke the record for the games.  Why? Because she didn’t ruin the moment for anyone else, because the acclaim wasn’t the important part, but the recognition of the accomplishment was. She wasn’t a sore winner, or a sore loser.  She could see the big picture.

As we were driving home from the triathlon, I thought of the quote from Bull Durham, “Sometimes you win. Sometimes you lose.  Sometimes it rains.”

You just keep going, because you can.